Thomas Thomassen, better known to V-Ray Forum members as ThomThom, is a model maker, 3D visual artist, software programmer, and web designer. He currently makes 3D models and visualizations for an architecture firm in Trondheim, Norway, and in his spare time, has released over 40 SketchUp plug-ins.

In this Q&A Thom reveals his experience in the 3D industry, why he uses V-Ray, and what he does when he’s not designing, rendering, and programming. 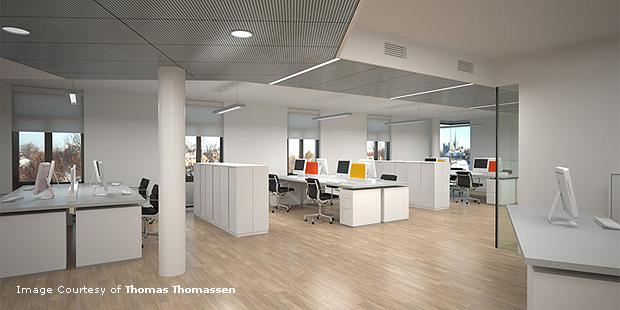 When were you introduced to V-Ray, and why did you decide to give V-Ray a try?
After getting comfortable with SketchUp I began looking around for rendering solutions. I tried various engines, trying them out to see which one I felt comfortable with. Unbiased renders was ruled out quickly as I didn’t have the patience for them. I couldn’t have a large render bake for a whole day. Some other engines had very easy setup, but I felt they were a bit too simple and didn’t provide the features I wanted. V-Ray for SketchUp caught my attention. I’d heard a lot of good things about the V-Ray engine in general and it was the render engine that eventually stood out.

What did you like, and what didn’t you like when you first started using V-Ray?
I liked the speed. It was faster than the most which allowed me to get the work done in time. But there was a mind-boggling array of properties to control. I still don’t have full control over it all. The good thing was that V-Ray had many tutorials out there so there was plenty of learning material, though the abundance was overwhelming at times. For a long time I didn’t adjust many of the settings and just used mostly defaults. I found that making small test scenes to experiment with a very small set of settings helped in learning what the various properties did. I still make lots of these test scenes to explore solutions for producing final renders.

What is your favorite V-Ray render, by you or someone else, and why is it your favorite?
There are so many extremely good V-Ray renders, but SilverShadow’s V-Ray for SketchUp renders are some of my favorite. The level of detail is very impressive.